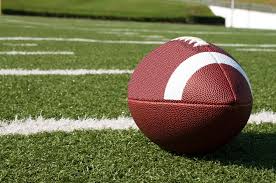 Michigan, BYE: Glad there is a bye to give a week cushion between coming down from MSU and getting focused for Penn State next week.

Purdue @ Michigan State, Noon, ESPN: Michigan State is hurting. Both in terms of personnel and coaching innovation. After getting dominated by Big Brother last week, this week doesn’t get any easier for Dantonio and Company. Purdue may be the hottest team in the entire B1G Ten right now. The offense is firing on every cylinder they have. BUT, they are in a prime “let down” spot. On the road, after a huge upset of Ohio State, against a beat up Spartans team, and possibly looking ahead to next week against Iowa that will have major implications in the B1G Ten West race.  Now, if the Michigan State coaching staff decides to put together an actual game plan, they stand a chance. But, from what I’ve seen this season, it looks as though they keep trying to fit a square peg into a round hole. I think this game is going to be much closer than it should be, but Purdue pulls it out in the 4th quarter. PREDICTION: PUR 27- MSU 20

Seattle @ Detroit, 1 p.m., FOX: The big story into this game will be if Damon “Snacks” Harrison will be able to play for the Lions. The recently added run stopper will help bolster the 30th ranked run defense going forward. Today, Matt Patricia said they were trying to get him up to speed with the system. As of now, he will be a game time decision but I would be mildly surprised if he plays. Luckily, the Lions probably wont need him this week. The key to stopping the Seahawks is to stop Russel Wilson’s ability to scramble/improvise. The Lions defense should be able to do so if they remain disciplined up front and the defensive backfield continues to play the way they have been. There are not many offensive threats on this Seattle team outside of Wilson. As for the Lions offense, they should have no problem moving the ball if they remain as balanced as they were last week. These aren’t your Seahawks of 2011-2016. The Legion of Boom is no more and, while they rank 2nd in the NFL in total defense, the only potent offense they have played this year is the Rams. It wont be a cake walk for Stafford and the rest of the offense, but if the running game can stay on track and the offensive line continues to be a top 5 unit, there should be no real issues. PREDICTION: SEA 17- DET 28