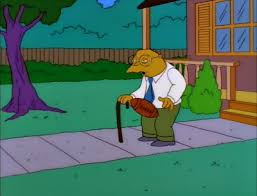 Michigan State Bye: Usually I hate when a bye week comes early in a teams season. But, after a Utah State scare during week one and an upset loss in the late desert to Arizona State, this bye couldn’t have come at a more perfect time for the Spartans. As a Michigan fan, it kills me to say this, but I still think MSU has a good team this year. I can’t explain the slow start this year, but Lewerke is a good quarterback and Dantonio is a good coach so this ship isn’t sunk. They have a lot of figuring out to do on the defensive side of the ball and I expect them to get it done before their tilt against Indiana.

SMU Mustangs @ Michigan Wolverines: This is a pretty straightforward preview. As long as the Wolverines don’t choke on their own spit, they should easily role the ‘Stangs. In every facet of the game, Michigan is considered better. Now, an upset is always possible so please don’t screenshot this article and paste it all over social media. PREDICTION: UM 42- SMU 7

Detroit Lions @ San Francisco 49ers: The Lions STINK out loud. The defense is porous and the offense is non-existent, not a great combo. The 49ers are a solid squad despite a loss to the Vikings last week. Garrapolo didn’t have a great performance against Minnesota but the defense he plays this week will be a lot easier to toss against so the Jimmy G hype train will get right back on track. Lions can win this game is if they somehow hold San Francisco to 21 points or less. Sadly, that won’t happen. Despite me being in attendance, Lions still lose. PREDICTION: SF 28- DET 17