The season ended a week early this year. Now, I can talk about all the disappointment that happened this year with the Lions. From the Atlanta Falcons game to the stinker that was the Bengals, the list of let downs from this year is more than the Pats have had in the last 15 years. So, to not go against the Christmas spirit (I can say that again, thanks Trump!), I will play the ghost of Christmas Future and show you what the offseason has in store for our beloved Lions.

Before I get into my predictions, I will fully admit that I was supportive of bringing back Caldwell at the beginning of this year. I thought that the Stafford injury at the end of last season was more detrimental than the coaching staff. I was wrong. Now matter how professional or accountable Jim Caldwell is, his calm demeanor leaked into the games and that will ultimately doom his tenure here in Detroit.

In the not so distant future, the Lions will beat the ever-living shit out of the Packers in an effort to save Jim Caldwell’s job. Despite winning by a very nice 69 points, Jim Caldwell and staff will be fired on the dreaded Black Monday. This will now be proving time for Bob Quinn. While he has had seemingly successful drafts thus far, finding his own head coach will be the biggest barometer of his general managerial duties. While there are many candidates out there, myself included, here are a few that are on the radar:

This familiar name should at least warrant an interview. In his time in Detroit he has done a decent job as defensive coordinator and seems to be drawing league interest every year. 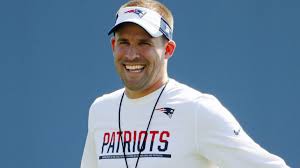 He did a pretty bad job as head coach for the Broncos back in 2010 but since returning to New England he has added a couple Super Bowl rings to his resume and has a history with Bob Quin so it isn’t crazy to think JMD (trademarked nickname of joshbobdotcom) will come to Detroit.

The other side of the New England team and has been a hot head coaching candidate for a few years now but little light has been shed on the master mind behind the Patriots defense. Is Belichick trying to keep MP 40 (another trademark but only if he is 40 years old) in house? Once again, Quin has seen behind the Iron Curtain so he should know if Patricia is the real deal or not. 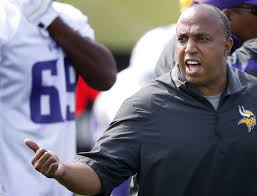 The Vikings defensive coordinator has led the Vikes D to a few outstanding years and it may be time for him to take the reigns of his own team. It would depend on whom he brings in as offensive coordinator, but a great defensive mind with Stafford could be the pairing to put this team into the next tier of the NFL.

It would be a great disservice to coaching articles everywhere if I didn’t include Chucky. I highly doubt that he will come out of retirement but if there is ever a good situation to lure him out, Detroit is the fit.

This coach could be the first to coach on Saturday and Sunday and wouldn’t have that far of a drive. Also, has a history of winning in the NFL. Hmmmmmmm.