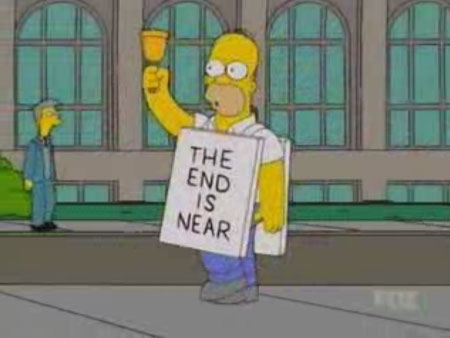 After a road win over the lowly Atlanta Hawks that broke a 7-game losing streak, the Detroit Pistons now sit at 15-13, good for 6th place in the Eastern Conference, half a game away from exiting the playoff picture altogether. Only a third of the way through the season, the Pistons have already run the gamut from a team entrenched in purgatory, to a team poised to threaten the conference elite, then back to purgatory. While it remains easy to get caught up in the ups and downs of each game, parsing through the myopia to accurately appraise this Pistons team may prove more difficult.

I initially intended to write this as a middle finger to the Chicken Littles who would write Detroit off in the aftermath of their disappointing skid. This was to be a defiant point toward the Pistons’ schedule, 4th toughest in the league, as a devastating blow to the haters and doubters who should have seen this downturn coming. Losing tight games against the NBA elite is not damning; each individual loss was not concerning in and of itself. I would argue that consistently competing in hostile environments is an encouraging trend that should outweigh the cumulative sting of a string of losses in the hearts and minds of Pistons fans. With a far more favorable slate on the horizon, we should expect a team that has taken a legitimate step forward to right the ship.

What gives me pause in positive prognostication is the paucity of data we have to support the Pistons’ supposed ascendance. In the midst of Detroit’s scorching start to the season, I was always waiting for the other shoe to drop. Last year, a very similar roster recorded 82 games of mediocrity. Andre Drummond’s impossible improvement from the free throw line, Tobias Harris and Avery Bradley’s hot shooting, and a resurgent bench sparked the Pistons’ surge, but these trends seemed unsustainable. After a decade of purgatory, were we really supposed to believe that Langston Galloway, swapping Kentavious Caldwell-Pope for Avery Bradley, and roster continuity would somehow catapult this team into relevance?

My tentative answer to this question that determines Stan Van Gundy’s fate is still “yes.” Twenty-eight games are insufficient to determine a player or team’s true level. However, with the majority of the roster younger than 28 years old, there is still plenty of room for players to make sustainable improvements. Even during the Pistons’ recent rough stretch, Drummond has still thrived within his new role as a passer, and his free throw numbers remain acceptable. Tobias Harris continues to rain fiery death from behind the long line, defying a career of reluctant, ineffective shooting. Avery Bradley has been in a funk, but his shooting will likely regress to career norms, and he continues to be the linchpin of the defense. Reggie Jackson, despite a dud at home against Boston, is looking more like the version of himself that earned a $16 million/year deal. Van Gundy also has yet to unleash a fully armed and operational Boban Marjanovic onto the NBA landscape.

Despite some recent negative results, I still see plenty of reasons to project the Pistons to pick up where they left off and trend upward toward a 4th or 5th seed in the East. Players and teams will go through surges and slumps within the span of games or months, with their true ability lying somewhere in the middle. It will take time before we can sift through what we see and determine what is real and what is mere statistical noise. In the meantime, I advise fans to give this Pistons team a benefit of the doubt that they have not yet earned. Good basketball is a precious, tenuous commodity that most fan bases do not get to enjoy. Its presence in Detroit may yet prove to be a mirage. But if jilted fans turn on the team now, they may miss out on a hell of a ride.