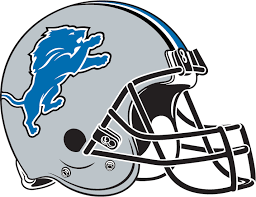 So, news broke late in the evening Monday night that the Lions and Stafford have reached an agreement on an extension. As the details slowly leaked, it was learned that it was a 5-year $135 million deal where Stafford will average $27 million/year. This makes him the highest paid player in NFL history, eclipsing (current event reference) Derek Carr, who makes $25 million/year.

The news breaks and the idiots come out of the woodwork. People were calling this a bad deal, pointing to his record. He hasn’t even won a playoff game and he’s the highest paid player in history! Well guess what folks, Stafford’s deal is gonna look like a god damn steal when 80 year old Drew Bree’s gets a $30 million/year deal. Or how about when Kirk Cousins gets $31 million/year this December? How do some people not understand that every year the contracts get bigger? Thats just the nature of the beast. Stafford is a Top 10 QB in the league, or at least on the very fringe of Top 10. As a franchise who’s best QB in the Super Bowl era was Scott Mitchell, you can’t let a premier quarterback in the prime of their career walk away to a different team. How many big time QBs hit free agency? None. Deals always get done. Do you people want to start another rebuild process with some no-name rookie or a washed up vet? Fuck, you people want us to become the New York Jets.

Bob Quinn has built a nice core with players like Tate, Slay, the new O-Line, Marvin Jones, Ziggy Ansah and to throw it all away by letting Stafford walk would have been a fireable offense. The most successful teams in the NFL have consistency year in and year out at both the coaching and quarterback positions. I can’t stress enough how huge it is that Quinn didnt let this get to free agency where other teams could drive the price up. Do you know how much money the Jets or Browns would pay for a guy like Stafford? I don’t because my brain can’t think of numbers that high. So this deal, in a few years, its going to look like a very reasonable contract.

P.S. Do you folks understand how hard it is to write an angry blog while hung over? Lets give me a standing round of applause.