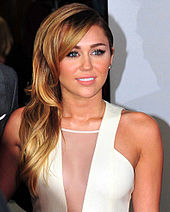 When Fallon asked her how much weed she had been smoking, Miley replied: “A lot of weed”

So Miley Cyrus went on Fallon and talked about how she quit smoking weed to make this new album. To her quitting a habit, good for you Miley. Good for you for putting out a new album and really feeling passionate about it. I have a lot of respect for people who pursue their passions. And she’s right; no one has ever died from doing the marijuana. But here is where I take exception with Miss Cyrus. THERE HAVE BEEN THOUSANDS OF PEOPLE WHO HAVE SMOKED MORE WEED THAN YOU. I know a hand full of people within a mile radius of me who smoke more weed than you. But Dalton, can you give me some names? Yea and guess what? I’m going to give you an entire line-up of people who smoke more weed than Miley.

P.S. The first 6 guys in this lineup were really hard to order. If you have any suggestions or revisions, just comment below.